we are the borg

Much has been said in Christian circles about the theological allegory prevalent throughout The Matrix - and for good reason: Christological motifs abound in all three movies - though most obviously in the first and third - along with a good number of theological concepts. 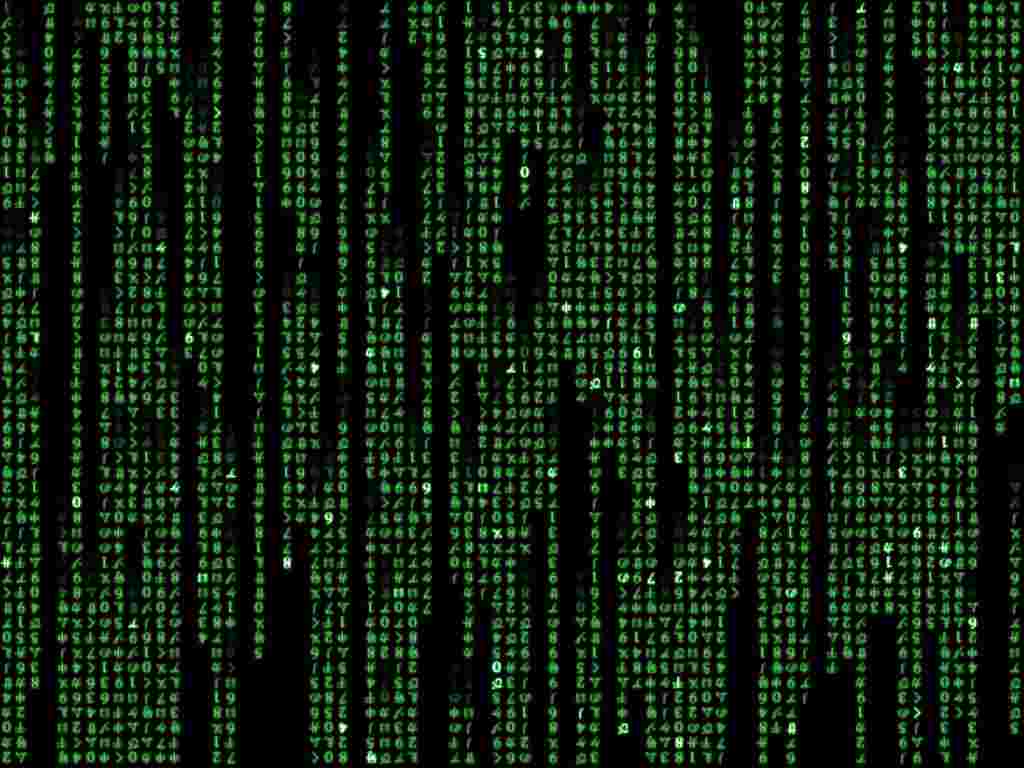 What hasn't been discussed enough in my opinion is the blatant and increasingly relevant social commentary the movie makes. Perhaps this is because the message of The Matrix can only fully be appreciated and recognised in this day, thirteen years after its release, as we now more clearly move closer to the (dystopian) technologically-overrun age it prophesied.

Stepping back and taking a look at The Matrix as a whole, we can see it presents the human-technology relationship in such a way that is akin to that of Star Trek's portrayal. Both, albeit in different ways, create not only a sense of wonder, but also a sense of caution - of trepidation - toward advancement. To be sure, the portrayal of technology in The Matrix parallels that of Deep Space Nine, which perceives technology as a foreign entity: something to approach with prudence, proper respect, and in many ways fear - it is something to be learned, but something that has a dark past and a dark potential. This perspective stands in contrast to our current 'The Next Generation' attitude, which holds technology as a friendly, impartial force we control - a tool that has no inherent good or evil, but instead one that can be used for either, much like a hammer or a smart phone.

The crew of the Enterprise inhabit a universe not unlike our own where technology functions as an aid to and even an extension of our human capabilities (and perhaps more and more of our 'humanness'). It is however largely taken for granted, constantly being present - and present as a neutral force.

This all changes when the Borg are encountered, and the crew - along with us - learn to fear certain aspects of our friend, technology. The Borg, as cyborgs, are part machine and part humanoid: they are living creatures whose physiology incorporates technology in a vital way.

Likewise, the world of The Matrix, not unlike our own, consists of an overwhelming presence of mechanical devices subversively ruling over us - entities over which humans previously believed to rule - and blinding us to the reality of our current situation: that we are 'born into bondage, born into a prison that [we] cannot smell or taste or touch.'

And it is at this comparison the mirror is placed.

In our day, people without cell phones are seen as either old fashioned or as behind the times - even on the edge of society - and those not on Facebook are surely disconnected from all facets of life: digitally, and therefore existentially, marginalised. Furthermore, the growing addiction to Internet social networks, texting, and the overall need to 'stay connected' is beginning to form castes if not cages, in addition to a variety of hazards.

Places such as Facebook and Twitter function as a sort of hive mind, sustaining connectivity. They are places where not only knowledge is pooled, but also ignorance; still, they construct the virtual reality in which humans have come to live parts of their lives. Our identities are becoming so entwined with our on-line personas that we cannot go anywhere without some device through which to 'plug in' - and the need to be connected more often than not outweighs the import and etiquette of whatever conversation or situation we may be in. Even modern teenagers on a date, as I have witnessed at a local Starbucks, spend the majority of their time staring at their phones, comparing amusing texts or interesting social network activities. How romantic indeed. No doubt they were also on each other's Facebook pages and tweeting about how much they're enjoying lattes with So-and-so. 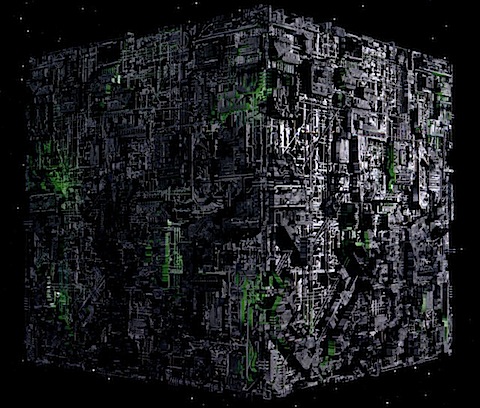 This need to be reached at all times is a step towards the Borg collective; we must answer texts even when we're driving, answer phone calls in the middle of a conversation, update our Facebook statuses and tweet while we're partying with friends or at home making black bean soup. We no longer go to the dictionary or encyclopedias for information, but turn to so-called experts who blog, or update their informative websites. We must network with sports fans, musicians, celebrities, employees, friends we don't see anymore, and students from the vast global community. Companies can no longer survive without social media pages.

We have become so addicted that the roots of our very beings extend into the virtual world, and we are assimilated into 'the system' - a system we can no longer give up, but instead one that makes us 'inert, so hopelessly dependent on [it] that [we] will fight to protect it.' A system that has been so taken for granted that 'event pages' are non-chalantly mentioned on TV shows and we all know what they mean. A system so engrained within us that Dr Kevin Warwick, professor of cybernetics at the University of Reading, is convinced that the next step of human evolution will involve technology - he has even performed experiments, on himself, which successfully connected his nervous system to the Internet and allowed him to control an electric wheel chair and an artificial hand!1 A system we are losing control over as it becomes the entity which feeds upon us - rules over us.

Conversely, to be disconnected is to be alone, is to be purposeless, like a freed, but lost, drone. Our minds go silent, our fingers are motionless. To be un-plugged is to find our muscles must be rebuilt because we've never used them.

We are business men and women, teachers, lawyers, carpenters. And we are the Borg.

1. I first learned about this from the very amusing and fascinating documentary How William Shatner Changed the World, but you can also read a blurb about it by visiting Project Cyborg.