Tuesday morning, and all of us were getting up early again, sitting in traffic again, and punching the clock again - we were all getting back to the ol' grind. Yes, whatever it may look like for each of us, we've begun returning to the same routine we lived through before Good Friday, with nothing seemingly different. Life is the same, nothing has changed - except perhaps our bellies are more full. 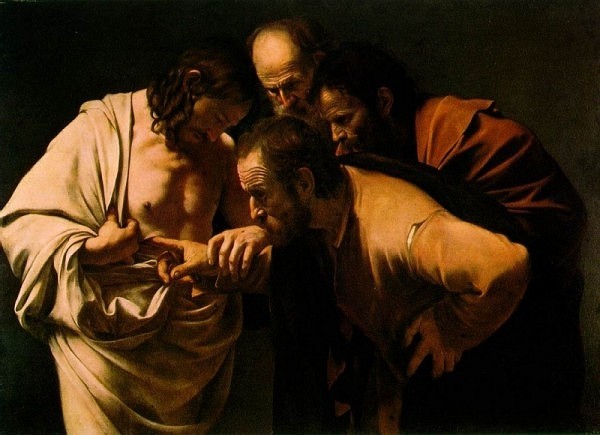 Driving to work, one car among many, my mind couldn't help but move towards the apostles and what that first day, that first week would have looked like following the day they witnessed their master resurrected from the dead. The day prior, the apostles' lives were turned upside down as they watched Jesus die on the cross; they hid behind closed doors, dejected and hopeless. But then, at the beginning of the week, their lives were flipped over once again but in a wholly different way as they moved back into the world renewed with the knowledge that Jesus did not remain entombed. They were no longer defeated - nay, exactly the opposite.

Jesus' resurrection changed everything for the first disciples. But our modern minds don't fully understand why. We're aware of the physical aspects surrounding Jesus' crucifixion - as well as, for the most part, all the political scheming. Yet, aside from the obvious fact that their beloved rabbi was executed and then raised from the dead, what was the significance of the event for the apostles? And why is Jesus' death and resurrection so important for all disciples throughout the ages? What did it mean that God hung nailed to a cross as a human male and then was brought back to life?

These are questions hotly debated by believers throughout every century since it happened; as a result, there were three major models that developed to give some level of understanding - to grope for the divine - thereby facilitating discussion about the event and its significance - the atonement - with a common language.

Certainly, these theories are inadequate on their own, and should be viewed as complimenting and informing one another.1 But what these models largely neglect is the first-century, Jewish context within which the crucifixion and resurrection occurred. Despite what some senior pastors I've encountered in class may believe, Jesus was a Jew - and a good Jew, no doubt.2

Pesach (or, as we know it, Passover) is not only the most important of all the biblical festivals, but also the first, and it was at this exact time of year Jesus' earthen ministry came to a head. Not coincidentally, many rabbis believed that the Messiah would appear at the time of Passover, and it is, I believe, through this lens alone we can come to an understanding of Jesus' crucifixion and resurrection.

1. Historically, many have taken uncompromising stances in one of the theories, declaring that particular theory as the only and exclusive truth to the atonement. Even today such polarised battles rage, but this is an inappropriate view to take on these models; each of them have something to bring, as well as something to be cautious about.
2. This fact easily answers the question Sunday School never seemed able to of Jesus' whereabouts before he began his ministry: as a good first-born male Jew, he would've been devotedly studying Torah - surely surprising his teachers with his knowledge like he did as a 12-year old child - thus earning the right to be called 'rabbi.'